The award, which is presented annually to 40 leaders in the AEC industry, recognizes stars who are making their mark in business, philanthropy, and their communities. Shula, nicknamed the “Green Giant” by BD+C, was selected as a result of his accomplishments — from founding Verdical Group in his garage in 2012 to becoming one of just a handful of LEED Fellow and Living Future Heroes in 2020. He was also lauded for founding the annual Net Zero Conference; for his mentorship and promotion of continuing education; and for his extracurricular involvement with USGBC-LA’s Board and the Greenbuild Conference & Expo.

As is mentioned in the article, Drew is driven to “stay hungry, stay foolish” (as Steve Jobs once said), experimenting with new ideas that can make a positive change every day.

Join us in congratulating Drew for this massive achievement! Want to learn more? You can read the full story and see the rest of the 2021 class here. 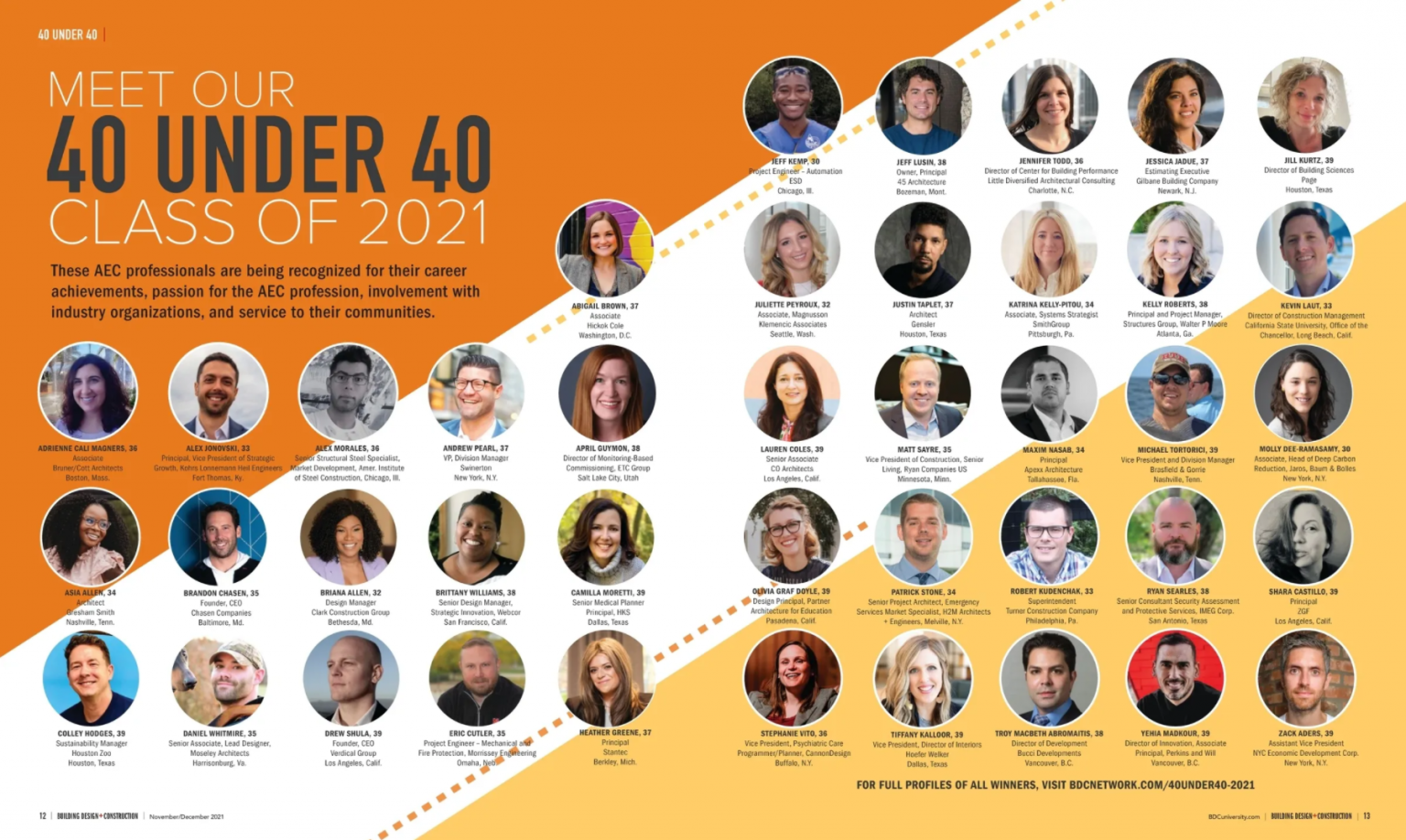 Verdical Group Net Positive Achievement Featured on B the Change