The Trailblazer Awards celebrate leaders who are building a net zero future through their work in the carbon, energy, water, waste, transit and / or policy sectors. The Awards were presented in front of the full audience at the Net Zero Conference and Expo, in Petree Hall of the Los Angeles Convention Center.

“We’re thrilled to be launching the Trailblazer Awards to recognize ‘trailblazers’ in our industry,” Event Chair Drew Shula said. “While there are plenty of incredible award ceremonies in the green building sector, we felt like there was a gap when it came to recognizing those who are working on ‘net zero’ in particular, whether it be our buildings, our infrastructure, or our policies.” 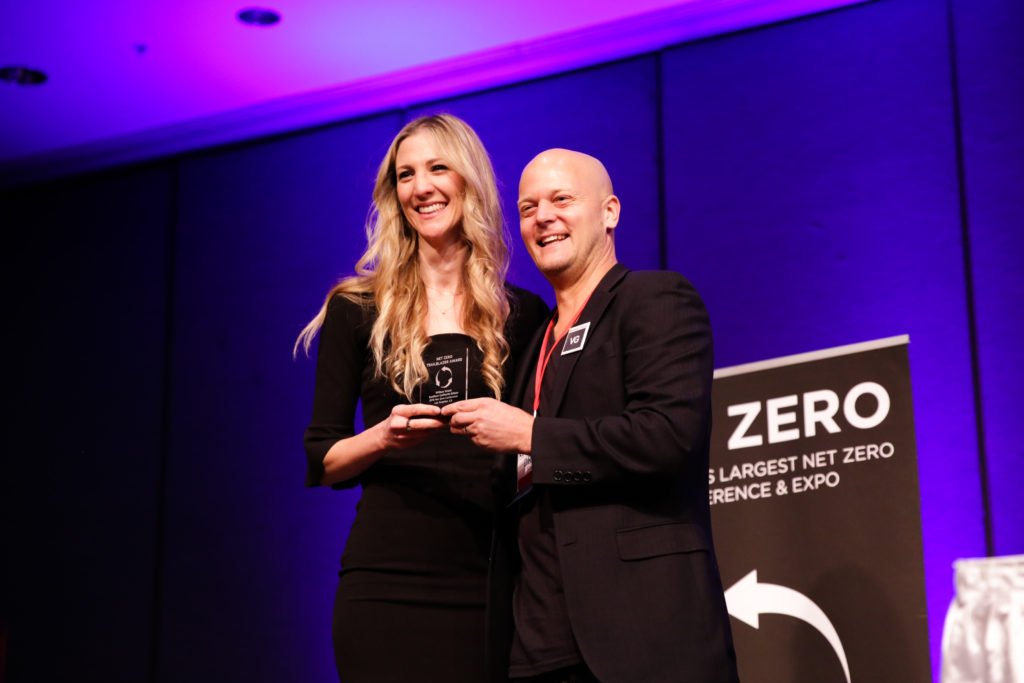 Lauren Faber O’Connor is the Chief Sustainability Officer for the City of Los Angeles. She is the lead architect of LA’s Green New Deal, a global model for local action to confront the climate crisis. L.A.’s Green New Deal is guided by four key principles: a commitment to uphold the Paris Climate Agreement; a promise to deliver environmental justice and equity; a plan to ensure every Angeleno has the ability to join the green economy; and a determination to lead by example within City government. She oversees the buildout of LA’s sustainability future, from electrified transportation, to clean energy, to healthy food access, energy efficient buildings, and more. To deliver accelerated leadership on sustainability, Lauren also builds collaboration including through Climate Mayors, a coalition chaired by Mayor Garcetti of over 400 US Mayors committed to US leadership on climate change and C40, an international network of cities raising the bar on climate action.

Lauren has a history of enabling cooperation among governments to promote and expand ambitious climate and clean energy policy.

In her early career at the British Embassy in Washington DC, she forged partnerships between the United Kingdom and leading cities and states around the US to take on carbon pricing and renewable energy targets.

Before to returning to her home state of California, Lauren served as senior director for Lighthouse Consulting Group in Washington, D.C., where she advised on comprehensive national climate change and energy strategies for domestic and international companies, and NGOs, and in particular, the U.S. Climate Action Partnership.

As assistant secretary for climate change at the California EPA to Governors Arnold Schwarzenegger and Jerry Brown, Lauren helped design California cap and trade program and engage stakeholders on implementation. This included working with other states and Canadian provinces through the Western Climate Initiative, as well as states and provinces from around the world to develop collaborative partnerships.

Prior to joining the Garcetti Administration, Lauren served for four years as the West Coast Political Director for the Environmental Defense Fund in San Francisco. At EDF she worked on building successful strategies and constructive partnerships to win support for protecting and promoting climate policies, clean energy finance, and land and water conservation.

Lauren, a native Angelena, serves on the Board of the California League of Conservation Voters and previously the U.S. Department of Energy State Energy Advisory Board. She is a member of the Catto Fellowship for environmental leadership at the Aspen Institute and of the Truman National Security Project. She holds a Bachelor’s degree in Earth Systems and Economics from Stanford University, and Master’s degree in Climate and Society from Columbia University. 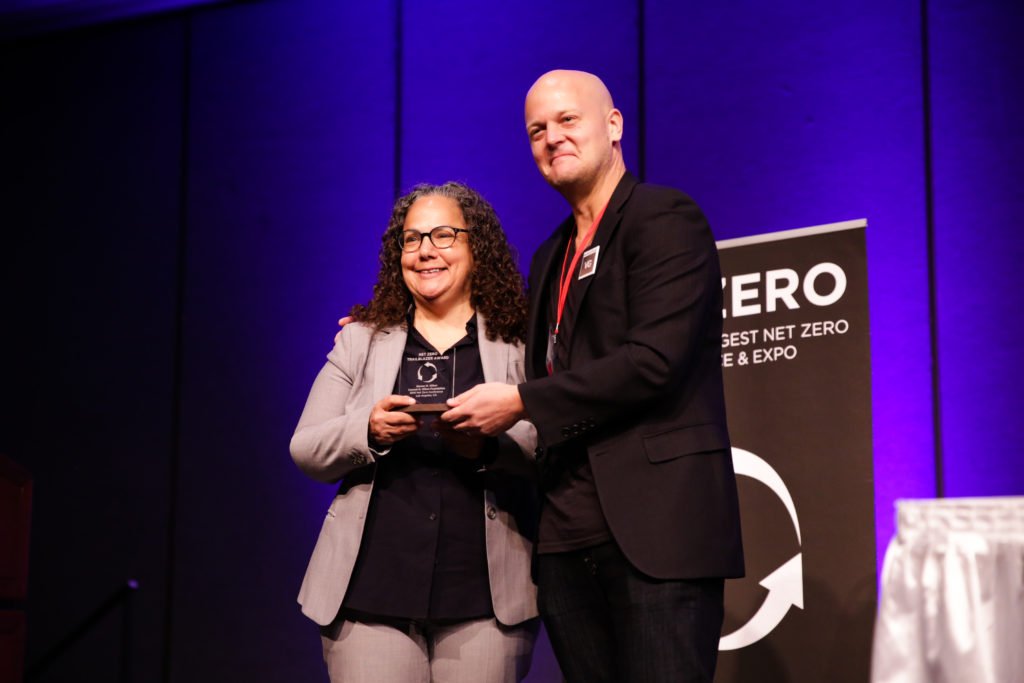 Prior to joining LADWP, Nancy served as Chair of the White House Council on Environmental Quality. Under her leadership, the Council played a central role in shepherding the Obama Administration’s signature environmental projects and was one of the chief architects of President Obama’s 2013 Climate Action Plan. In addition, Nancy oversaw the designation of national monuments, established the better building challenge and coordinated NEPA.

Nancy has an extensive background in public service that includes posts as Deputy Mayor for Energy and Environment for the City of Los Angeles, Board Member of the Metropolitan Water District, Member of the California State Water Resources Control Board, Energy Advisor for California Governor Gray Davis, Deputy Secretary for Policy and Intergovernmental Relations at the California Environmental Protection Agency (EPA), and Senior Advisor to the US EPA Administrator during the Clinton Administration. Sutley received her bachelor’s degree from Cornell University and her Master in Public Policy from Harvard University. 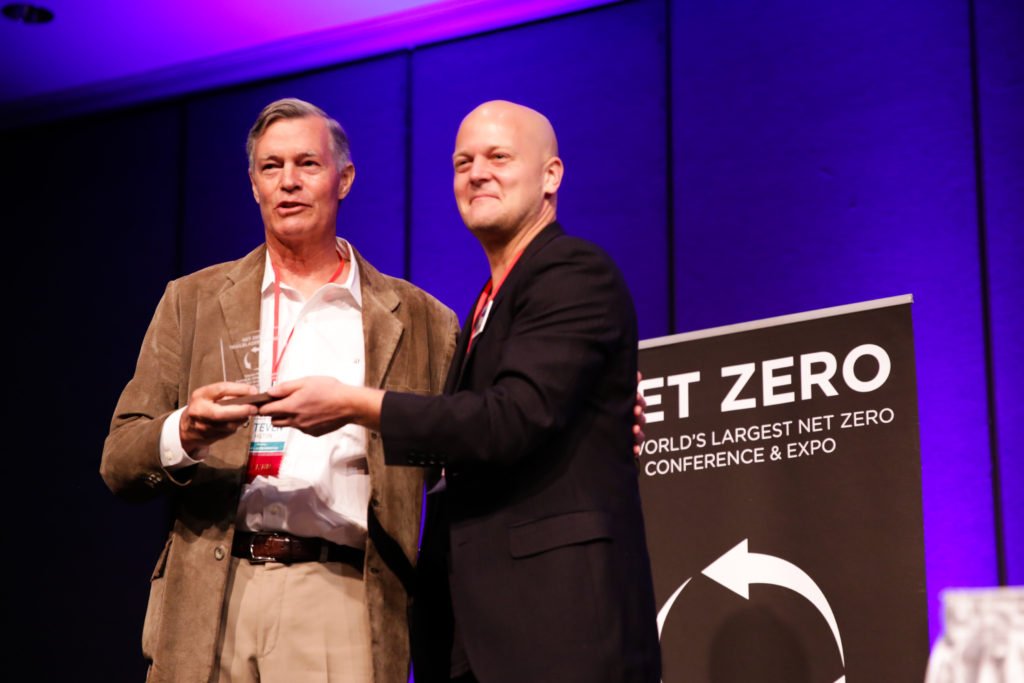 Steven M. Hilton, Chairman of the Board, The Conrad N. Hilton Foundation

Steven M. Hilton is chairman of the board of the Conrad N. Hilton Foundation, a family foundation established in 1944 by his grandfather, Conrad Hilton, who started Hilton Hotels. A graduate of the University of California at Santa Barbara, he earned a Master of Business Administration from the UCLA Anderson School of Management and has received numerous honors and awards for his work in philanthropy over his 35-year career.

In the mid-2000s, while serving as chairman, president and CEO, Steve Hilton had a vision of a cutting-edge, environmentally sensitive, energy efficient campus that would support the Hilton Foundation’s anticipated growth. The campus constructed under his leadership achieved LEED Platinum status, awarded by the US Green Building Council. It features 100 percent onsite renewable energy, cutting-edge technology for building operations, passive downdraft system for heating and cooling, green roof system, automated exterior window shading, solar water collection tubes and sophisticated water collection and irrigation system for both interior and exterior use on the property. The landscape, which is Hilton’s passion, was designed using 97 percent native plant materials.

To this day, the project continues to be featured in trade journals, and operations staff host ongoing tours and educational sessions for architects, engineers and students of sustainable design, to support the advancement of science in the built environment. 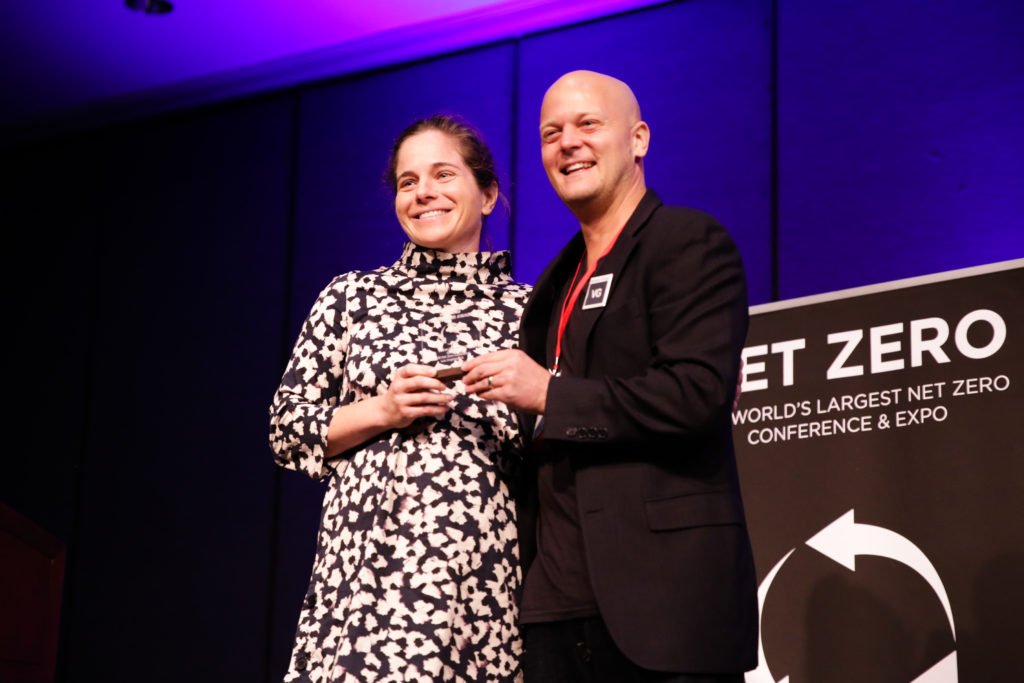 Lauren Sparandara is a Sustainability Program Manager for Google’s real estate portfolio. Over the last several years she has worked to advance sustainability goals for Google’s new construction in the Bay Area, with a focus on optimizing the health and performance of Googlers, communities, and the natural environment.

Recently, she has been spearheading the sustainability initiatives at Google’s Charleston East project, an ambitious ground-up office development in Mountain View, California that pushes the boundaries of workplace design and sustainability. Lauren is leading the project team in pursuing the Living Building Challenge Materials Petal Certification as well as LEED Platinum certification. At 600,000 square feet, the project is the largest in the world to pursue 100% Red List Free materials and Net Zero Waste. 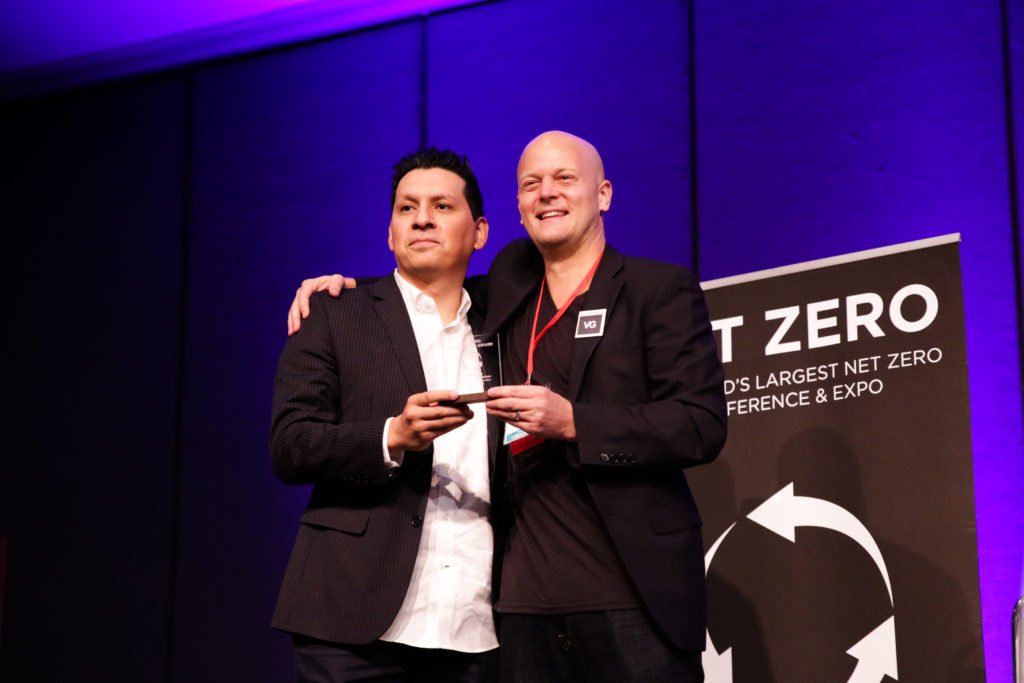 Will Vicent, also known as “Will Vi the Building Science Guy,” is dedicated to reimagining our built environment into one that is more inspired, more beautiful, and more ecologically intelligent. He has been instrumental in bringing to life verified Zero Net Energy (ZNE) buildings in both the residential and commercial building sectors.

In 2011, he founded a small building science consulting firm called Between Built & Natural Environments to help clients identify, evaluate and install cost-effective sustainable building solutions. In this capacity, he has worked closely with nationally recognized design firms, builders, research entities, and utilities. Currently, he is a proud member of Southern California Edison’s (SCE) Energy Codes & Standards team, where he helps to champion Building Electrification and leads net zero planning and coordination activities company-wide. He is often invited to speak about topics in building science for industry leaders including ASHRAE, USGBC, AEE, IBPSA, the White House and various universities. 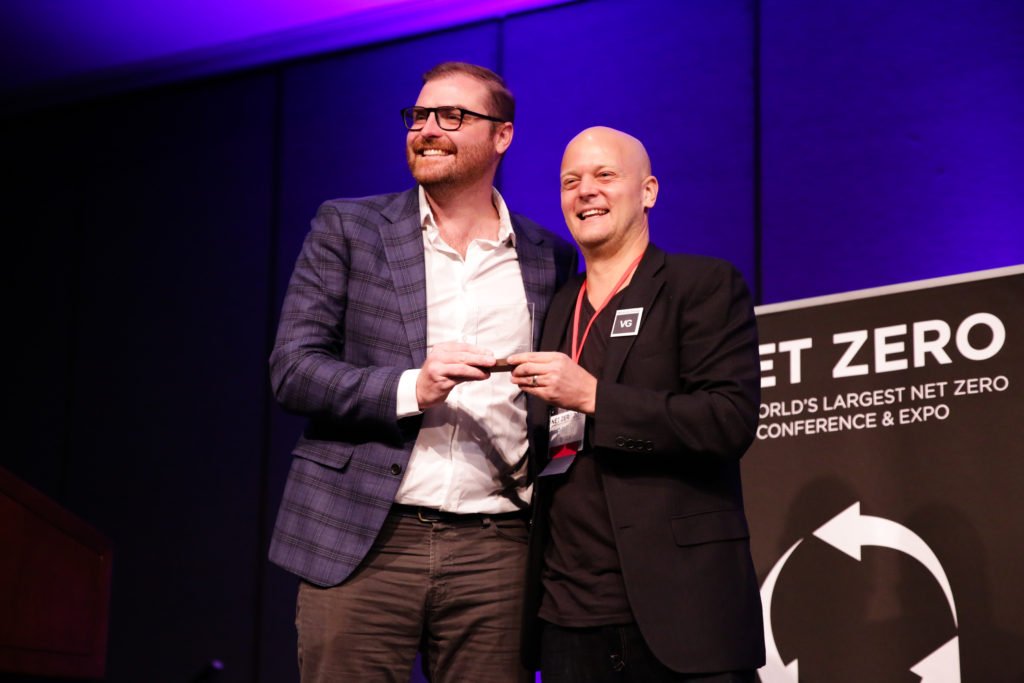 James Connelly has been at the forefront of Net Zero Energy Design and Construction for the past decade, ever since he first developed concept design in University for the Bullitt Center — a groundbreaking ZE project widely regarded as the greenest commercial building in the world.

As a young sustainability enthusiast, James received a Fulbright fellowship to help develop China’s green building standard in Beijing. Upon his return, he joined the Living Future Institute, where he has held many roles, from managing the Living Building Challenge to creating the Living Product Challenge. He is currently Vice President of Strategic Growth, and works to grow ILFI’s mission and programs all over the world.

For the past 5 years, James has returned his attention to China, where he has worked with the US Department of Energy and Chinese Ministry of Construction to develop the Zero Energy market in China. He supported the launch and development of China’s first domestic Zero Energy Standard, with the goal of rapidly accelerating ZE buildings in the world’s largest construction market. 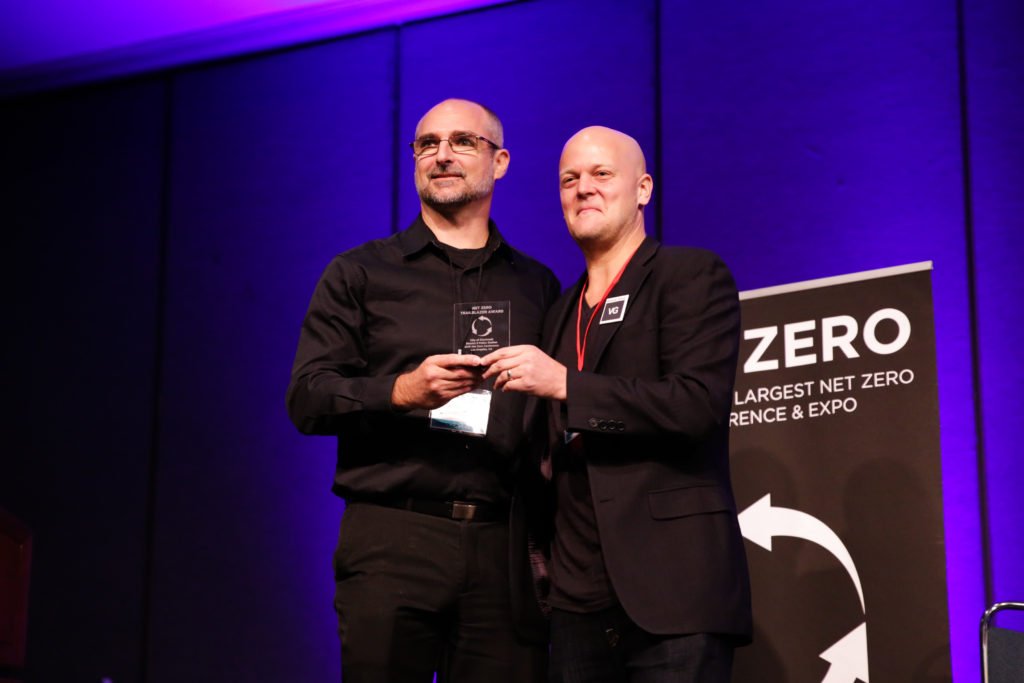 At the end of a design/ build competition, the City of Cincinnati hired the Messer/ emersion DESIGN team to deliver their first police station is over 40 years. The city gave short-listed teams criteria and 1 month to give a Guaranteed Maximum Price on their design solution. The Messer/ emersion DESIGN team’s LEED Silver base bid came in $1 Million cheaper than the 2 other shortlisted teams. The City then opted for enhanced community engagement, extra square footage, LEED Gold, and LEED Platinum options with the saved resources.

In short, the team was able to deliver larger LEED Platinum design for their competitors LEED Silver costs. The team proved, and the City accepted, a NZE package with a 6.6 year payback. The end result is the planet’s first LEED Platinum and NZE police station. Other team members included CMTA, Human Nature, genesis design, and ZH Commissioning. 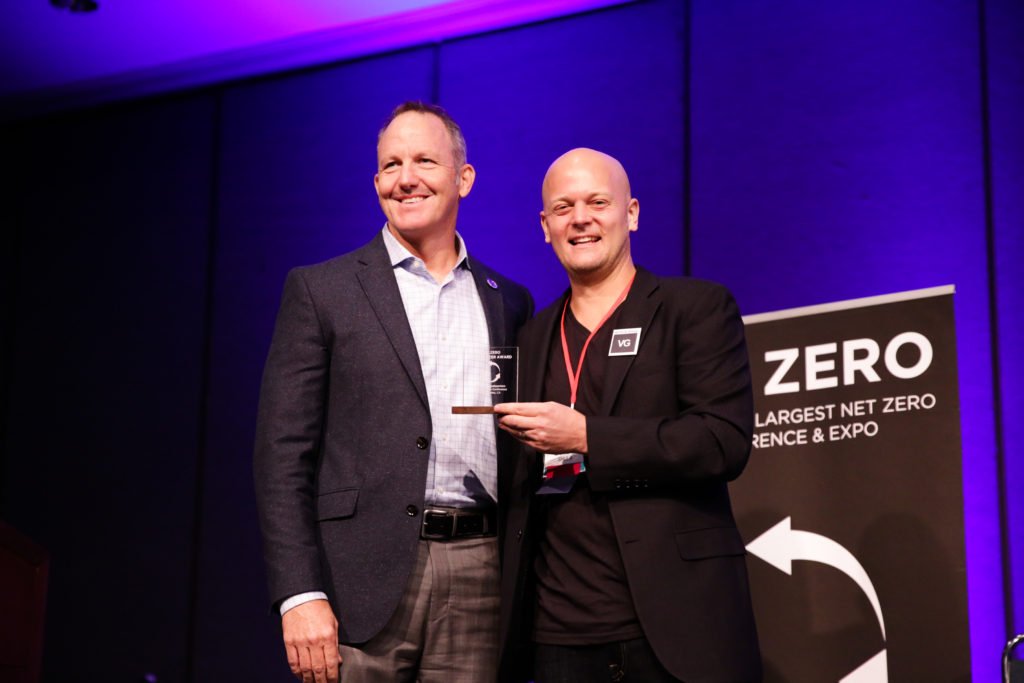 Originally known as the Darragh Building, the building was designed by Noland Blass, Jr in 1958 and renovated in 2017 to house Entegrity, an energy services company headquartered in Little Rock. The 13,342 sf mid-century modern building was designed and renovated with sustainability and historic preservation in mind. Cost-effective strategies were used to reduce energy use as much as possible before adding a rooftop solar array to reach net zero energy. The project was designed, executed, and documented by Entegrity and certified LEED Platinum for New Construction/Major Renovation.

It achieved USGBC’s LEEDv3 BD&C: NC Platinum (86/110 points), USGBC’s LEED Zero Energy Certification, and ILFI’s Net Zero Certification in 2019 with a 40% reduction water usage and a 94.9% energy cost savings with a net EUI of -0.77. The project was also listed on the National Register of Historic Places in 2017.